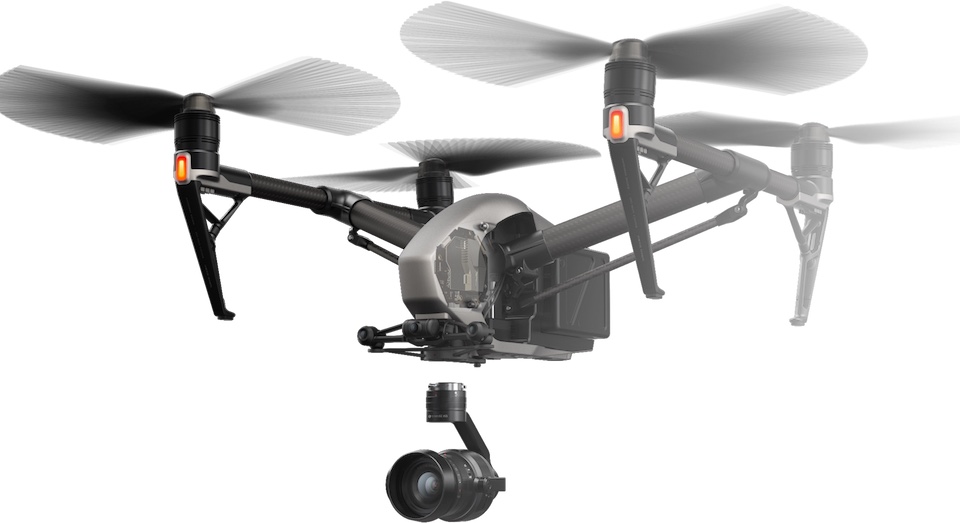 by Joseph Flynt
Posted on January 24, 2018
11 Shares
3D Insider is ad supported and earns money from clicks, commissions from sales, and other ways.

If you plan to take to the skies, then you will also want to take awesome photos and videos. That’s why a drone’s camera is considered its most important feature.

The Zenmuse X5S and X5R are powerful drone cameras that can capture excellent aerial footage. However, they have some key differences. We will shed light on these factors, so you know precisly which camera is best.

DJI has a lot of drones on the market. However, Zenmuse cameras are designed for the Inspire range only. You won’t be able to use them with a Mavic Pro, Phantom, or Spark. Just remember:

When you’re taking shots from the skies, it’s important to have a powerful camera. You might only get one chance to take an awesome photo, and you don’t want it to turn out grainy and unclear. That’s why it’s important to know a camera’s megapixels.

More megapixels cause photos to turn out sharper and clearer. Just think of each pixel as a small square of data. The more of these pixels you have crammed into a photo, the more information will be present, which will result in a higher quality image.

The Zenmuse X5R can shoot 4K video at 30fps. 4K is considered ultra-high definition meaning you’re going to get high-quality footage. However, the Zenmuse X5S takes things to the next level. It can shoot 4K at 60fps. Not only that, but it can also shoot 5.2K at 30fps.

5.2K is some of the highest quality video around and similar that used by professional filmmakers. However, not everyone will be able to utilize it. A lot of computer processing power is needed to play and edit 5.2K. It is also very data heavy, meaning you will require a lot of hard drive and SD card storage space.

Overall the Zenmuse X5S is most powerful when it comes to shooting video.

Both cameras have interchangeable lenses. Check out the different options in the table below

Each lense’s focal range is shown by the number in millimeters. The greater this number, the greater the zoom. Lenses with lower focal ranges can’t zoom in as far; however, their photos will be wider. When selecting a focal length, it really comes down to the type of photo you’re trying to take, as well as the distance between camera and subject.

The maximum aperture refers to how much light a lens can draw in. The greater the number, the less the amount of light captured by the lens. This becomes an important factor to consider when shooting in low-light conditions.

Overall both cameras are compatible with a variety of lenses that cover the common focal ranges and maximum apertures, so no overall winner in this category.

If you want to capture photos of a moving subject, then burst mode is very handy. It allows the camera to take a volley of photos in quick succession. Users can then sift through the results to find that perfect image. This is ideal when trying to record a moving vehicle, crashing waves, or wildlife.

The Zenmuse X5R brings the scales to 583 grams. Somewhat lighter is the Zenmuse X5S at 461 grams. This may not be a big difference. However, even small weight differences can affect a drone’s maximum flight time.

Current Amazon prices put the Zenmuse X5S at $1,400 and the Zenmuse X5R at $2,500. These prices are for new, standalone cameras without a lens. To get a lens, you can either buy one separately for around $300-$400 or purchase a bundle deal with one included (costs around $500 more).

The Zenmuse X5S is the more affordable camera.

The winner is pretty obvious here. The Zenmuse X5S wins in every category.

You can see a side-by-side comparison below.

The Zenmuse X5S is clearly the superior camera. It can record higher quality video and take better photos. Don’t forget it also weighs less than the Zenmuse X5R, and if you look on Amazon, then you are likely to see that it costs less as well. So it’s pretty hard to go wrong.

Don’t forget that the Zenmuse X5S is not backward-compatible with the Inspire 1. You will need to have an Inspire 2 drone already or be planning to purchase one.

Joseph Flynt
I love diving into the latest and greatest in emerging technologies and seeing what they can do. I enjoy running when I'm not thinking about tech.
3 comments
Share now:
11 Shares
YOU MAY ALSO LIKE
SEE MORE