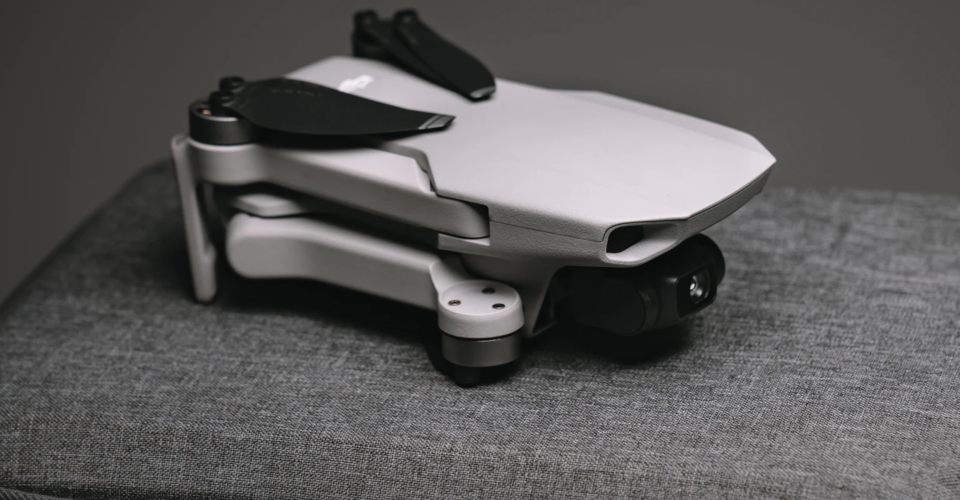 The 8 Best Accessories for the DJI Mini 2

by Joseph Flynt
Posted on January 27, 2021
19 Shares
3D Insider is ad supported and earns money from clicks, commissions from sales, and other ways.

The Mini 2 may be diminutive, but it sure packs a big punch. DJI’s follow up to the Mavic Mini exceeded all expectations and set the new standard for mini-drones. Right now, it’s the best drone that weighs under the FAA’s minimum for drone registration.

Despite already being an excellent drone, there’s no reason not to enhance the Mini 2 experience with a few good accessories. Check out this list of the accessories that we recommend for the small but powerful Mini 2. 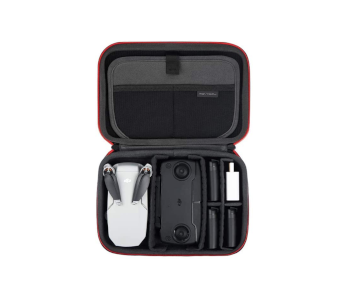 Portability is one of the strongest suits of the Mini 2. Never before have we had the option of carrying around such a small drone that had hardware like a 4K camera and a 3-axis gimbal. This carrying case for the Mini 2 hits just the right balance of maintaining this portability while providing protection to the drone.

Designed specifically for the Mini 2 and the Mavic Mini, this PGYTECH carrying case has separate inner compartments for the drone, remote controller, extra batteries, and a few wires. The EVA hard shell protects all the contents from impact while a nylon lining prevents water intrusion through the fabric.

While the carrying case comes with a handle, we expect more people to just throw in the case inside a bigger bag. This is not a problem as the case is roughly just the size of a lunchbox. Before you go on that road trip with your Mini 2, make sure to grab this carrying case both for protection and convenience. 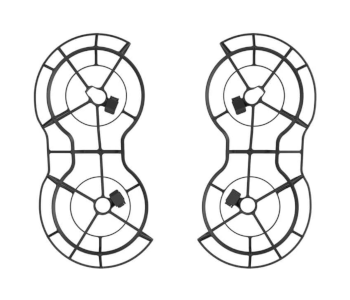 Drones as small as the Mini 2 are just asking to be flown indoors, especially nowadays when going out can be such a chore. However, there are also a few hazards of flying a drone indoors – namely flying the drone into a person or your precious appliances. While these propeller guards don’t provide absolute protection, they should greatly reduce the risk of such accidents causing heavy injury or damage.

Unlike other propeller guards, these are 360-degree propeller guards. This means that they enclose the propellers completely, making them almost impossible to touch. This is probably the best protection you can use, especially if you’re new to drone flight or have never tried flying a drone indoors.

There’s a major caveat we need to mention here – installing propeller guards on the Mini 2 will put it way over the 250-gram limit. If you’re planning to use these guards while flying indoors, make sure that your Mini 2 has been registered with the FAA. A better option would be to use these guards as “training wheels” if you’re still learning to fly, but take them off eventually. 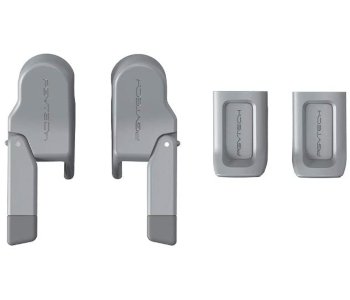 A consequence of the Mini 2 being so small is that it sits a bit too close to the ground when it lands. This is particularly problematic for the gimbal and camera, as any loose debris can easily cause damage to their sensitive components.

The landing gear extensions elevate the Mini 2 by about 25 millimeters more. This may seem small but it’s already a huge improvement to the current dimensions of the Mini 2. The extensions can be quickly clipped on and can even be folded inwards for storage.

Each extension comes with a silicone pad on the bottom side, which helps absorb the impact of any rough landings. All the extensions weigh only 17 grams total and should not affect the flight performance of your Mini 2. Again, placing landing gear extensions on your Mini 2 will certainly put it past the 250-gram limit for drone registration, so make sure to comply as necessary. 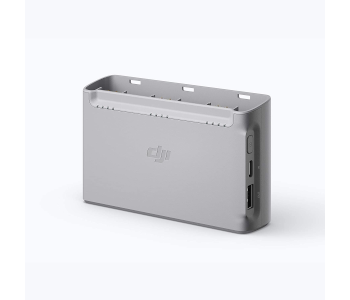 If you’ve flown drones long enough, you will quickly know that one battery isn’t enough. Having one or two spare batteries whenever you take your drone for a flight is the best way to make the most out of your day. However, charging multiple batteries can be quite an inconvenience.

This two-way charging hub was designed specifically to fit three batteries for the Mini 2. It automatically charges the batteries in sequence, prioritizing whichever one has the highest level. LED indicators intuitively show the progress of charging, which should be done in about four hours for three batteries.

A great feature of this charging hub is that it can also act as a power bank for your other devices. Although it’s unlikely for anyone to depend on drone batteries as a power source for their phones, it’s still a nice provision to have in case of an emergency. 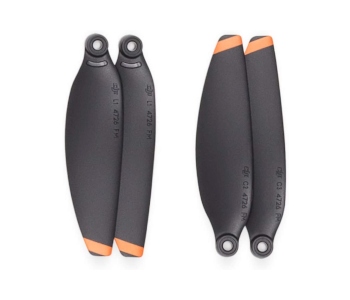 We cannot stress this enough – you can never have too many spare propellers! This goes for the Mini 2, as with any other drone. A crash will almost inevitably happen when you fly a drone, no matter how skilled or careful you are. When your drone crashes, the propellers are likely the first part of the drone to get damaged.

Even if you don’t get into a crash, the propellers can still get worn out due to mechanical stress. In fact, inspecting the propellers for any sign of damage should be a part of your pre-flight procedure. If you find any cracks or dents, you will be thanking yourself for bringing along spare propeller sets.

Take note that these propellers are specifically for the Mini 2 – they are not interchangeable with those of the original Mavic Mini.

This silicone band is designed to wrap around the Mini 2 when it’s folded closed, preventing the propeller arms from splaying out. This is meant to provide extra protection to the drone during transport. With its flexible strap and dedicated slots for the propellers, this holder will NOT come loose no matter how much your move the drone around.

The propeller holder also comes with a lanyard which you can hang around your neck or wrist. This provides another option for moving around with the Mini 2 without having to put it entirely away in its carrying case. Think of it as a way to keep the drone portable while still giving it some measure of protection. 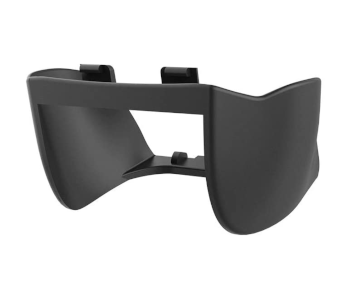 A lot of people feel that the positioning of the camera of the Mini 2 makes it a little too exposed for their comfort. This can be problematic not just from a safety standpoint, but also makes photos and videos shot from the Mavic 2 prone to glares and overexposure.

This handy lens hood snaps right into the drone’s camera slot. Made of ultra-light material, the lens hood suppresses extraneous light sources without affecting the flight behavior of the Mini 2. It also provides some physical protection to the gimbal.

Although the manufacturer has a disclaimer that the lens hood may interfere with gimbal movement, this really isn’t much of an issue. Some people find the lens hood to be useful and convenient that they barely remove it, even during storage. 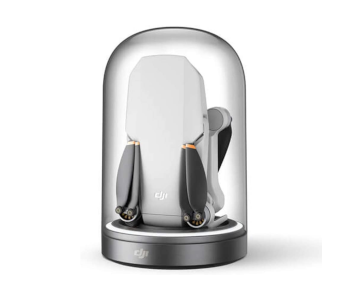 The Mini 2 is a gorgeous piece of hardware. If you can’t seem to get enough of your Mini 2, then this display case shows it off proudly while simultaneously charging it. The case comes with a bell cover, magnetic charging head, and LED lights on its base.

When you are not using the case for charging, it also doubles as a makeshift carrying case. Just don’t expect it to be very robust – it is just made of clear plastic, after all.

If you already have a Mini 2 drone, then there’s no doubt that you’re having loads of fun with it. It is already one of the finest drones released in the last couple of months. However, there’s no reason not to get an even better experience by getting any of these excellent accessories.