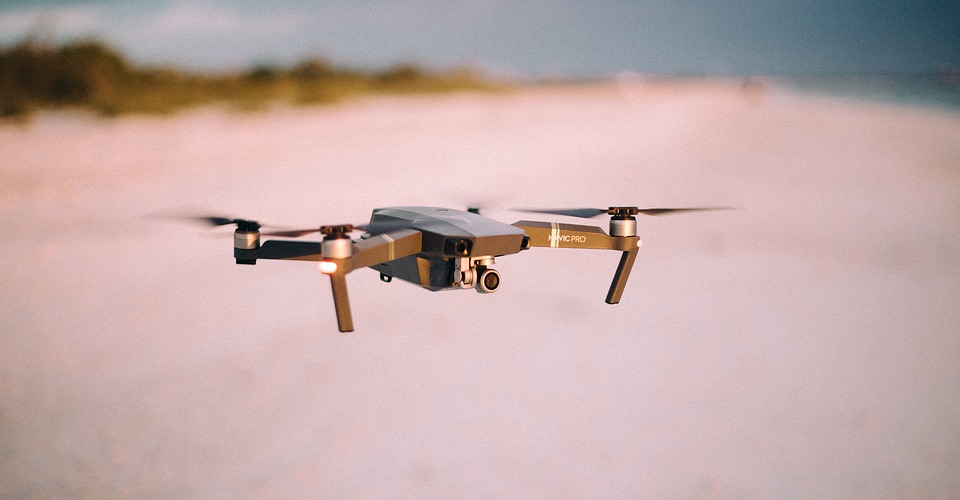 by Joseph Flynt
Posted on April 14, 2019
13 Shares
3D Insider is ad supported and earns money from clicks, commissions from sales, and other ways.

DJI is one of the most well-known brands in the drone industry. It offers all sorts of drones that are fit for entry-level users, recreational users, professional users, and industrial users. The DJI Mavic series is the flagship range of DJI’s consumer drones. It is known for having some of the most feature-rich consumer drones with a compact design and high level of versatility.

The Mavic series started with the release of the Mavic Pro back in the year 2016. This product release was a milestone moment in the consumer drone market because it was the first time that a personal portable drone was being made available. Since the Mavic Pro, the product range of the Mavic series has evolved and DJI has come out with other models like Mavic Air, Mavic 2 Pro, Mavic Pro Platinum, and Mavic Enterprise.

The Mavic Pro is capable of capturing 4K video. It has a range of 4.3 miles and a flight time of 27 minutes. The Mavic Pro drone uses the same camera as the DJI Phantom 4. The most attractive feature of the Mavic Pro is its compactness. It can be folded up nicely and made to fit in a small bag (83mm X 83mm X 198mm). Besides, the whole thing weighs a mere 743 grams! That is almost like carrying a water bottle.

Consumer drones are used by recreational users as well as vloggers and amateur photographers. This market segment likes to have a good set of features in a drone that is easy to use and hassle-free to own. The Mavic Pro seems to meet all of those criteria quite well. However, there are some chinks in its armor as well. Let us look more closely at the Cons and the Pros of the DJI Mavic Pro and how they stack up against each other.

The following are the specifications of the DJI Mavic Pro drone:

The camera quality isn’t the best

While there are many things to like about the Mavic Pro drone, one factor where it seems to lag is the camera quality. There is no fixed focus, so you will have to manually tap on the area where you want to focus to be. The field of view on the Mavic Pro camera is also not the best. The lens on the camera has a field of view of 78.8 degrees, which is less than what comparable drone cameras offer.

Plenty of features can get overwhelming initially

The Mavic Pro is a relatively complex drone. It has plenty of features. In order to make use of all of those features, one will have to spend some time either reading the manuals or watching videos online to get familiar with them. It will require patience and time from the user’s end to be able to get up to speed with everything that the Mavic Pro has to offer. Sometimes, having too many features can get a little confusing at first.

The Mavic Pro drone has relatively small legs. It sits low and ends up being quite close to the surface from which it takes off and lands. Hence, you will have to find an absolutely flat and level surface to take off and land. You cannot take off from the tall grass of a field or from a rocky mountainous terrain while hiking. If you land on an uneven surface, then there is a risk of damaging the camera, gimbal, and a sensor which is located on the bottom part of the drone.

Not very steady in windy conditions

The Mavic Pro is not easy to control in a windy environment. It does not do as well in windy conditions as other drones like the Phantom 4 because of its light weight and small size. The Phantom 4, for example, has a larger size and hence is more stable in windy environments. You will need to be experienced and skilled to control this drone in winds that exceed 24 mph. Also, remember that the higher you go, the more likelihood there is of higher wind speed.

The gimbal assembly is not very strong

The Mavic Pro has a 3-axis gimbal assembly. However, this assembly is not very sturdy. It is held together by 3 rubber bands and even if one of the bands snaps, the camera becomes shaky. Your video footage will then have a “jello” like effect in it. In terms of the design of the Mavic Pro, this is the only major flaw that we could spot besides the low ground clearance.

The Mavic Pro has a maximum flight time of 27 minutes. Depending on what your project is, this time could be considered either adequate or too short. For any kind of serious videography/photography project, 27 minutes is not very long. Also, if you are traveling and do not have access to electricity, then it will be a stretch to use your drone multiple times throughout the day and still be within the 27-minute limit. The only reasonable alternative is to carry extra batteries as a backup. One pack will cost you $89.

We have understood everything that isn’t so cool about the DJI Mavic Pro. Now, let us look at what makes this drone a good purchase and why its strengths have made the Mavic Pro DJI’s flagship drone.

This drone is nicknamed “the pocket-sized drone”

You may have seen professionals and drone enthusiasts carry one extra bag with just their drone equipment in it. Contrast that with the Mavic Pro, which can almost fit into your pocket. In fact, that is how DJI launched the drone at its opening presentation. The Mavic Pro is perhaps the most portable drone available in the market. It weighs a mere 743 grams. If you travel a lot, especially on airplanes where baggage limits are shrinking by the day, the Mavic Pro’s portability will bring a smile to your face.

Setting up the Mavic Pro before a new flight session is easy. One of the best parts about the design of this drone is that the propellers do not come off the drone after a flight session. They simply fold with the arms of the drone. You only have to put the propellers on once when you unbox your drone. You can literally have the drone in the air in about one minute. If you need to quickly capture something, then the Mavic Pro is going to be up and away in no time.

Control the drone with your smartphone

The Mavic Pro can be controlled fully with your phone! No need to carry bulky controllers. You have the choice of using the DJI Go App and controlling all the functions of the drone from your phone. You can also use the controller if you want or you can use a combination of your phone and the controller to fly the Mavic Pro. Talk about versatility.

The controller is also very compact in shape and it is foldable. You can easily carry the controller anywhere you like.

One of the most talked about feature of the Mavic Pro is the OcuSync air system. It is a video transmission system whereby the drone can stream live video at a large distance of up to 5 miles. This remote connectivity with the ground station (aka smartphone or controller) has a very low latency of around 10 milliseconds (5 milliseconds for control signal data).

At closer ranges than 5 miles, you can actually download photos and videos at a speed of 40 Mb/s.

The DJI Mavic Pro has some useful flight modes which allow you to easily fly the drone to a preselected location, track people or objects, and even take selfies with hand gestures! It has more flight modes than the Phantom 4.

The Mavic Pro has the TapFly mode where you can tap on any point visible on the screen and the drone will then automatically fly there without crashing into any obstacles. Dual forward and downward sensors constantly calculate the distance between the drone and the obstacles and it tells the drone where to fly and where not to. Flying indoors also becomes possible due to these sensors.

Another really cool feature of the Mavic Pro is the Gesture mode. This mode enables the drone to locate you, frame the image in such a way that you are at the center of it, and then take your picture. All you have to do is make a picture frame gesture with your fingers and the Mavic Pro will do the rest.

You can also use the Active Track mode to make the drone track a subject. This feature works well when the drone is relatively close to the subject. The Mavic Pro keeps the subject at the center of the frame and follows it. If you use your controller sticks to move left or right while in Track Mode, the drone will circle around the subject and give you a nice circular movement.

Then there is the Sport Mode where your drone can fly at a racing speed of 40 mph. You can also use a Tripod Mode where the top speed is restricted to 1.8 mph and it allows the drone to accurately hover. The remote control sensitivity goes up drastically in the Tripod Mode and it is a great way to shoot landscapes or shoot indoor footage.

Since its release, the Mavic Pro is now available at a discounted price. You can pick one up on Amazon for around $800. Compare that to other Mavic series drones, which are all priced at or above $1000. The only exception is the Mavic Air which is priced at around $800. To be able to get all of the features that the Mavic Pro offers for a price that is substantially less than $1000 is an attractive proposition.

So, there is clearly quite a lot to like about the DJI Mavic Pro drone if you are into vlogging, basic photography and videography, or if you just like flying drones for fun. The Mavic Pro seems to place portability at the very top of all the features in terms of importance. However, the light weight and compactness do compromise on other aspects like camera quality, battery size, and flight time. Portability and capability do not seem to go together. One must find a balance between the two, depending on which side you lean on more.

The Mavic Pro does have some very good features if you do decide to purchase it. The portability factor of this drone is hard to beat. If you want better features or want to put a very good camera in the air (basically if you are leaning more towards capability), then you may have to increase your budget and look at higher priced models.