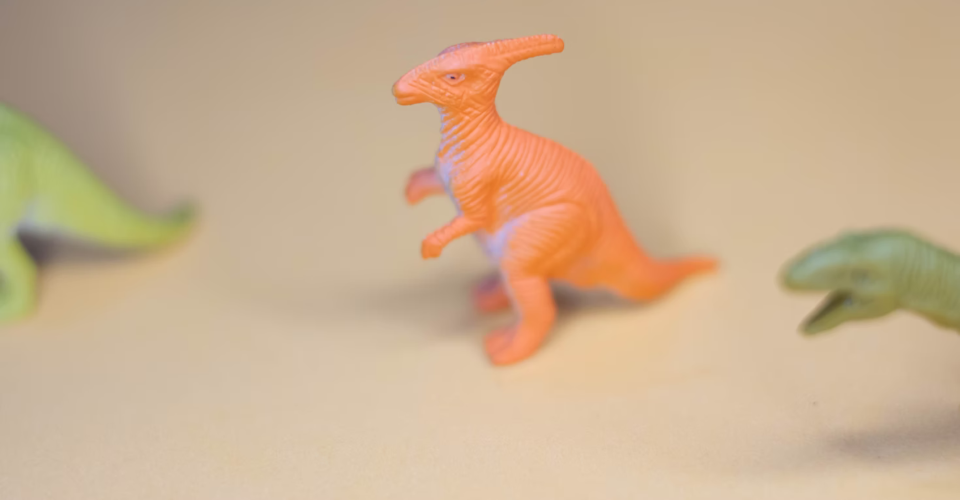 by Joseph Flynt
Posted on October 6, 2021
17 Shares
3D Insider is ad supported and earns money from clicks, commissions from sales, and other ways.

3D printers are innovative tools that open up an infinite world of possibilities for miniature game players and collectors. You can use them for customization to improve the visual of objects and the rendering of games or revolutionize new weapons and bases. Whether you are a fan of war games or simply an art enthusiast, buying a 3D printer is worth it.

Which miniature 3D printer should you buy?

When it comes to miniature 3D printing, the most logical choice is a DLP resin 3D printer. It is often referred to as an LCD SLA printer as it guarantees the right level of detail. Some of the most common models in the market include: 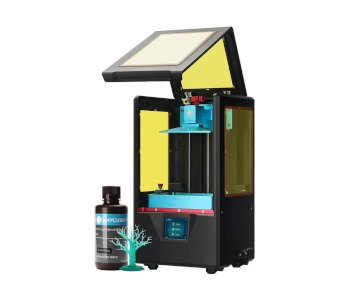 ANYCUBIC PHOTON S is the most popular 3D printer for miniatures in the market. It has a significant presence on YouTube due to the brand’s massive affiliate program. Although it has no Wi-Fi and ethernet connection, you can copy files with a USB stick. It also comes with a 2K projector and double track for stability.

ELEGOO MARS 2 provides fantastic value to anyone looking for a 3D printer for miniatures within a budget. It is simple to use, built properly, and made with high-quality components. It also features a hex screw fixing system that ensures stability. However, it only uses a USB connection to copy designs.

NOVA 3D BENE4 has features comparable to the brands mentioned above. It boasts a premium structure with upgraded illumination to increase the power-saving rate and improve light intensity. More impressively, the LCD 3D Printer supports WIFI and ethernet connection so you can connect it to your PC or mobile devices.

PHROZEN SONIC MINI 4K is the most consumer-friendly 3D printer for miniatures in the market. It offers ultra-high resolution with the highest PPI to give you an excellent level of detail, even for tiny replicas. Unlike conventional LCD 3D printers, it uses a ParaLED module.

3D printing miniatures is fascinating. It allows you to create whatever your mind can imagine. It requires a little knowledge of 3D modeling, but you can find many resources on the web to help you produce various characters at home.

How are 3D printed miniatures made?

Boardgames and role-playing games use miniatures to make them more exciting. Today, 3D printing has become an essential part of the custom miniature system. Traditionally, they are made by injecting a molding plastic and painted later. They are usually 28mm on the scale, which is the format used by Dungeons & Dragons. Traditional 3D printers with a 0.4mm nozzle can print them in this size with ease.

The awesome-looking captain from Pirates of the White Sea is a famous miniature. He is a legendary leader who challenges all those before him. With a bite as dreadful as his bark, his crew and all of White Sea bends before him. 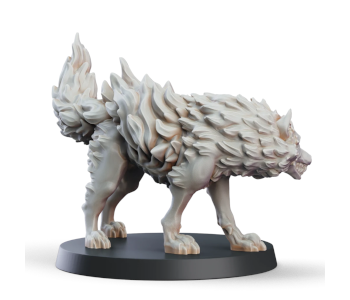 A rare miniature, Surt the Fire Wolf features ember-lined and stylish fur. He is the first of a series of elemental wolves by Printed Obsession and is supposed to terrorize local settlements.

Brought to life by magic, Golem is an excellent miniature to craft. Form this animated being to serve you, its creator. Or, will you live to see the light of day when you fight this vicious creature?

The Tarrasque is an enormous creature from Dungeons and Dragons. The most terrible beast inhabiting the realm will shake up your tabletop games in one blow. The bite attack of this scaly biped is grappling.

The prowess of Brogan is evident in this miniature. Stepping on the severed head of his Draconian foe, the Barbarian Dragonslayer holds his enchanted sword Drakebane with pride.

Known as the seductress and manipulator of human hearts, Lilith the Succubus stands separate from all demon kinds. She possesses an allure that lures in victims so that she can do horrible things to them.

Dragon is a sweet, cuddly dragon that is loyal to all who show him kindness. But when he died, he spews a poisonous breath to anyone in his path. His claws are still sharp and can easily tear you into pieces.

Vincent, the Oronox Knight, is a rider from the Legends of Signum tabletop wargame. It’s a perfect alternative for Dungeons and Dragons miniatures. He rides atop an Oronox, an animal from the gryphon family that resembles an ordinary chicken.

Birthed by the vilest necromancer, Flesh Golem is a horrific construct. He wears the flesh of different corpses and is brought to sinful life by dark magic. Overall, the miniature is a unique abomination. 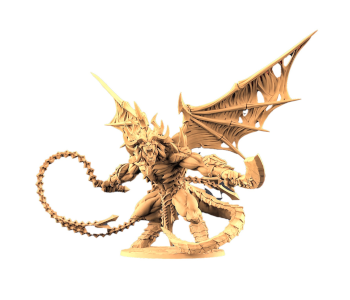 Oni is a Dungeons and Dragons character that magically polymorphs into a humanoid, an enormous giant, and back to its true form. It boasts excellent strength and inherent magical abilities. It carries a glaive that shrinks when wielded in humanoid form.

Baalzrodan, the Demon King of the Artisan Guild, is a miniature with a sword and whip. Beautifully sculpted, it will make your tabletop wargame super interesting. Prepare to destroy armies or challenge your party with the force of this epic boss.

Purple Worm is a massive burrowing monster that terrorizes the creatures of the Underdark. It chews through solid rock to get to its prey. This ravenous force regards anything in its path as food.

Ogre Mauler is a tall ogre and weighs a lot. Despite its chunky structure, it takes a lot to hurt this creature. It is more intelligent than it appears, and it adores the taste of raw flesh. Its favorite is the dwarf, but it will devour anything.

Bring your tabletop game to life with Lila the Elf Ranger and Grimpaw the Dire Wolf. Lila has impressive dragon trapping skills, especially when paired with her faithful dire wolf. The high-quality printed and beautifully designed miniature is perfect for painting or to use as is.

Hanabi the Hanzaki is a salamander-like juvenile form of celestial dragons. It is fast and incredibly deadly. However, it takes a long time to mature and rarely ascends as a divine dragon. The miniature is small, but it is excellent and fun to paint.

Tiamat is a five-headed dragon who is the mother and queen of all evil dragons. With over 14 inches tall and a wingspan of over 28 inches, it will surely be the centerpiece of your hoard of miniatures.

Yoshimitsu Ryujin is the great shogun of the Dragon Empire. Wield your katana and join him in your next quest. 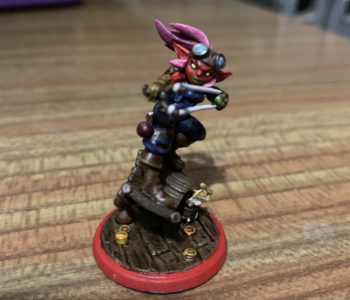 Born in the deepest volcano, the Lava Dragon springs forth from the depths in a historical eruption to unleash its fiery fury on the world. It reigns terror on your homeland. Have the courage to face this ferocious creature.

Great for tabletop games, Knox, the Goblin Alchemist, is destructive. She sports a slingshot and potion bottles. You can also choose among three head options: bald, with hair, or bald with goggles.

The Goblin Warrior Knight is clad from head to toe and ready for action. Dressed to impress, it lives for the service of Isengard and Mordor. You can paint it in unique colors to spice up your game.

A miniature from the Avatar of Wars, the Dark Elf Hero is born of cruel nobility. Guided by eternal hate, he becomes the master of blade and incarnation of death. Embark on a life of training and martial development to hone his lethal skills.

Theirs is nothing massively complicated with 3D printing miniatures. You only need a few hours to make the perfect 3D-printed toys. The secret to successful 3D printing is in detail, including facial features, weapons, clothing, and adornments.

Print slowly for better quality and layer height correctly. It would help if you also consider adequate cooling and pay attention to retraction settings.