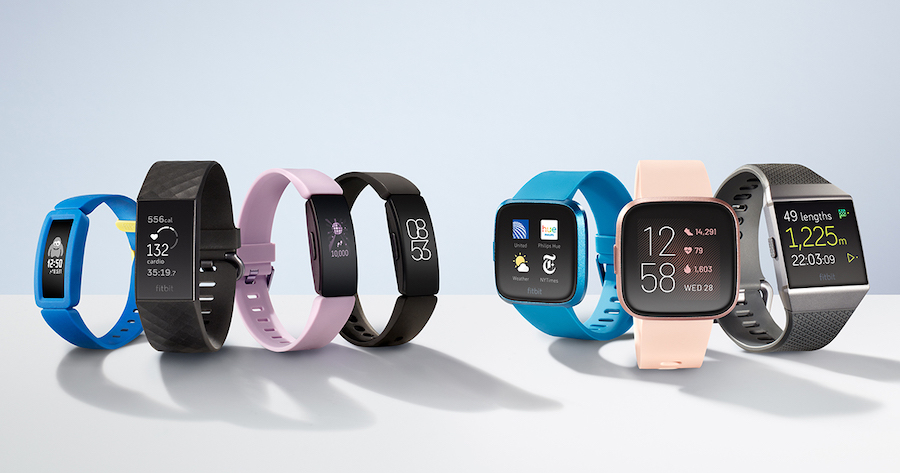 Fitbit Comparison: Which one is best for you?

by Joseph Flynt
Posted on November 8, 2019
17 Shares
3D Insider is ad supported and earns money from clicks, commissions from sales, and other ways.

Few companies can compete with Fitbit when it comes to features for a fair price. Their products are a fraction of the cost of Apple Watches with superior battery life. But how do you choose the right model when there are so many choices? We’ve written this article to help you decide.

The first decision you need to make when choosing a Fitbit is the screen size that you want. Fitbit offers fitness trackers and smartwatches. The difference between the two is that a fitness tracker has a smaller screen and profile. Some people prefer this because you’ll forget that it’s there. This is especially nice if you plan to sleep with your Fitbit.

The main advantage of getting a smartwatch from Fitbit like the Ionic and Versa lines is that they have much more functionality. There are apps that you can download on the watches that’ll let you control music, pair headphones, and much more. You can also watch on-screen workouts and follow along with them on the Versa and Ionic watches.

Battery life is where Fitbit’s shine and you can’t go wrong with any of their models. The lowest battery life that Fitbit offers is currently 4 days. Real-life battery life is generally a bit lower depending on your use, but you won’t have to charge more than twice a week in general.

The newest Fitbits are starting to offer 7 day battery life. For comparison, the latest Apple Watch only offers a measly 18 – 24 hours of battery, which is not enough to be able to wear it to sleep. If you care about battery life, Fitbit’s are a great choice.

Currently, the Alta HR and the Charge 3 are the only devices to offer 7 day battery life. These are smaller wristband fitness trackers. Fitbit has stopped focusing on the Alta series and is instead pushing customers towards the brand new and cheaper Inspire trackers.

Early Fitbit users remember how the company’s fitness trackers would have to be removed before showering since they weren’t waterproof. The company has made massive strides in this area in the last 2 years.

All new Fitbit models are water resistant up to 50 meters, which is fantastic news. You only need to worry about this if you are looking at buying the Alta HR, Ace, or Charge 2 fitness trackers.

GPS is where Fitbit models start to pull apart. Most Fitbit devices support GPS but it relies on you carrying your phone with you. This is not a big deal for some people who take their phone with them everywhere, even when they are on a run.

If carrying extra weight with you doesn’t sound like fun, then the only Fitbit that has built-in GPS is the Ionic Smartwatch. The Ionic is the closest competitor to the Apple Watch that the company offers. Of course, using built-in GPS will drain your battery faster.

A handful of the company’s products offer no GPS. This includes the Ace and Ace 2 fitness trackers, likely because of privacy reasons since they are designed for kids. Other than that, the new Inspire does not offer any kind of GPS, but this is understandable given its low price.

One of the main reasons people don’t leave their phones at home while working out is that they love listening to music. The Versa, Versa 2, and Ionic smartwatches allow you to store music on-board. The Versa Lite will allow you to control music that you stream from your phone, but you can’t store anything on the watch.

The new Fitbit Versa 2 offers an always-on screen. This does reduce the battery life but some people enjoy being able to see the time without awkward hand movements to get the screen to turn on.

The Versa Lite does not track floors climbed and it does not allow you to track swimming laps.

The main difference between the Charge 3 and the Fitbit Inspire HR is that the Inspire does not track floors climbed. The Inspire also has a smaller screen and 2 day shorter battery life.

The basic Inspire model is very limited compared to the Inspire HR. Not only does it not have heart rate monitoring, it also does not have sleep tracking or swim tracking. Most users will be disappointed by its limited functionality and $30 more makes a world of a difference.

Overall, as you can see there are a lot of good models to choose from. It mostly comes down to deciding whether you want a fitness tracker or a smartwatch and then picking from there. Most people should gravitate to the newer Fitbit models which are the Fitbit Charge 3, Ace 2, Inspire HR, Versa Lite, and the Versa 2.