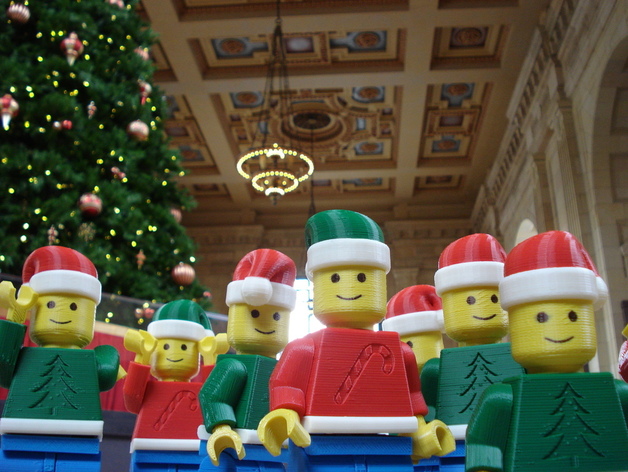 by Joseph Flynt
Posted on November 29, 2019
19 Shares
3D Insider is ad supported and earns money from clicks, commissions from sales, and other ways.

Lego is an evergreen toy. It is, in fact, more than just a toy. It teaches children plenty of great habits like patience, planning, and creativity. Most of us have grown up making one Lego or more. Lego sets are something that kids cherish.

Lego sets are not cheap by any means. Because they have become so popular, they tend to sell at a premium. That makes Lego toys a perfect candidate for Black Friday deals. This Black Friday, Kohl’s and Amazon are offering some excellent discounts of Lego sets. They have many Lego items on sale.

We have chosen some of the best Lego deals that we found. We particularly focused on the Lego City series, the Lego Star Wars series, and Lego Watches. You can purchase the ideal gift for your child or present a Lego set to someone young this Christmas. Check out the deals below and stock up on some Lego sets this Thanksgiving.

As the name might suggest, Lego City is all about city life. This series has a range of products that allow kids to build models that are seen in cities. The models are emergency service vehicles, trains, airports, police stations, fire stations, and other city-based service infrastructure.

Some of the most interesting Lego City sets that are on sale are the Arctic Expedition Set, the Mining Driller Set, the Heavy Cargo transport Set, a Kayak adventure truck-cum-kayak Set, a Pick-Up Caravan Set, and the Police Patrol Car Set.

All of these Lego City Sets can be purchased at a discount price and will help enhance the creativity of any child who makes these models. These Lego sets are an excellent way to engage kids and teach them useful values.

Lego has made its toy sets based on different Star Wars movies. It has been doing so since 1999. So, there are a wide variety of sets spanning 2 decades of popularity. We particularly liked the deals that are available on the Imperial Landing Craft, the Moloch’s Landspeeder, the Snoke’s Throne Room, the Sisth Droid Gunship, and the Imperial Conveyex Transport Set.

All of these sets are significantly more expensive than regular Lego sets. The licensing fee that Lego has to pay Lucas Film and the Star Wars’ brand’s popularity are two key factors for the high price. This Black Friday, you can get super discounts on these Star Wars Lego sets. Check out the deals below for more details.

Lego doesn’t just make toys. They also have a watch lineup which is sure to get kids excited. The watch straps are made of Lego links and they can be interchanged among various colored links to add some fun in the process of wearing a watch.

You also get fun figures along with the watch which can be mounted on the strap. We really liked the Darth Vader watch, the Batman Movie watch, and the Jurassic World watch. Below are some slick Lego watch deals for Black Friday.