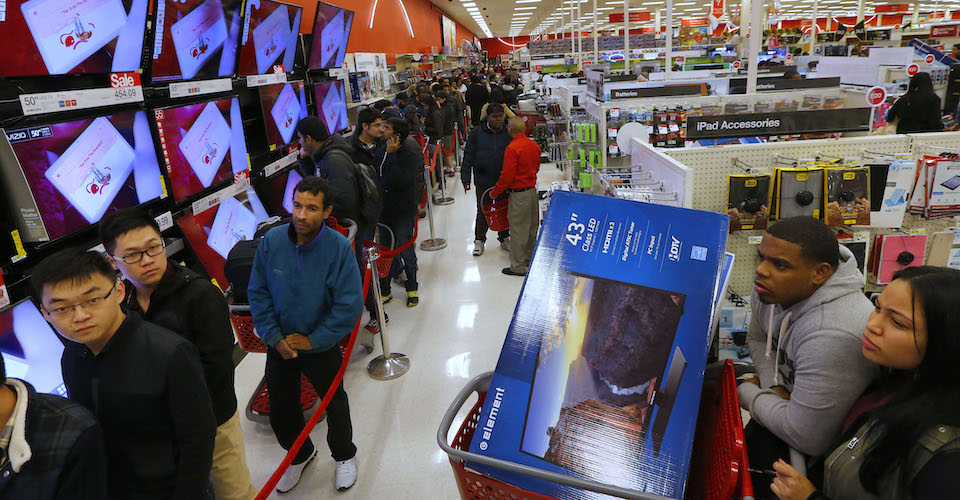 by Joseph Flynt
Posted on November 5, 2018
17 Shares
3D Insider is ad supported and earns money from clicks and other ways.

Judging by the looks of it, this is bound to be a fruitful year for both retailers and consumers searching for discounted electronics because the new deals are quite impressive.

What’s new on Target’s Black Friday lane? Read on and find out more.

Upgrade Your Mobile Device on a Huge Discount

Well, it’s quite likely that you already are mobile. However, if you’re looking for a seriously discounted in the smartphone or tablet section this November, Target’s got plenty of great offers for you:

Start Working on Your Beach Body with Cheap Fitness Devices

Fit-tech has been popular in 2018 – so it only makes sense that major retailers like Target will discount and fitness devices for Black Friday.

More specifically, the following items have been advertised for Target’s :

What better way is there to get cozy during wintertime, than by watching Netflix’s fireplace recording on a high-definition, large-screen TV?

Back in the day, used to cost an arm and a leg – but thanks to technology and a free market for competition, you can now:

Get Competitive with Discounted Gaming Consoles

Speaking of competition, since near and most children (of all ages!) are asking for gaming consoles, consider a bundle that provides you with both the actual console and a fun game.

High-Quality Headphones for Less than $100

…Or just to buy a proper pair of headphones to use with your new gaming console, depends on how you want to look at it.

Not surprisingly, Target has some headphones on discount too:

Keep Your House Safe with Security Cameras on Sale

If you’re in the market for a security camera, you can find a good deal at Target this Black Friday: