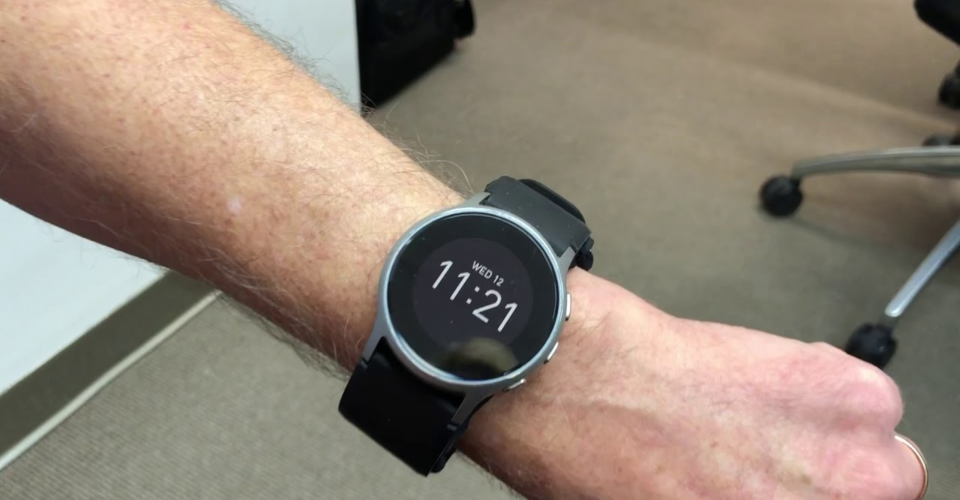 Wearable Blood Pressure Monitors: Should You Be Using One?

by Joseph Flynt
Posted on June 7, 2019
19 Shares
3D Insider is ad supported and earns money from clicks and other ways.

It can be argued that technology has not always been used for good and noble purposes, but for the most part, modern technology has made a lasting, positive impact in society. As technology becomes smarter and smaller, stuff that used to take a lot of work can now be done faster and easier.

Who should use a wearable blood pressure monitor?

Basically, anyone who’s ever had to do regular monitoring of their blood pressure can benefit from having a blood pressure monitor on-the-go. According to a study by the Centers for Disease Control and Prevention (CDC), 29% or almost 75 million Americans suffer from hypertension. When untreated, this condition of high blood pressure could lead to coronary heart disease, stroke, or death.

Regular blood pressure monitoring is essential if you are being treated for hypertension, as it’s a way to assess how effective the treatment is. If you’re particularly concerned about elevated blood pressure, regular monitoring is also a good exercise in determining how your body has “peak” periods or as a way to navigate around symptoms. You may experience a sudden headache or dizziness caused by work-related stress or personal emergencies. Having a blood pressure monitor on hand can assure that these symptoms are not as life-threatening as they may seem.

The problem with most blood pressure monitoring cuffs available today is that they aren’t as compact or as easy to use for many people, especially those who have busy lifestyles. To take a reading, you’ll need to get the cuff out of its box, wrap it around your arm, wait for it to inflate, and wait for the reading.

There’s also the stigma associated with taking your own blood pressure. After all, most people don’t want to broadcast to the world that they have a condition. This means that people tend to look for solitude before they measure blood pressure – in their cars, or at home. This makes it hard to comply with doctors’ advice to monitor blood pressure multiple times a day.

As with the old-fashioned aneroid monitor, the process starts by inflating over the upper arm. This cuff is inflated until blood flow in this segment has been completely cut off – about 20 mmHg above the systolic pressure. As the cuff deflates, sensors detect the first sign of blood flow to mark the systolic pressure. The vibrations due to blood flow gradually decrease as the restrictive cuff loosens up until they are no longer detected by the sensors, marking the diastolic pressure.

How accurate is a wearable blood pressure monitor?

According to the American Heart Association, a wearable blood pressure monitor that has been certified by a reliable medical institute could produce accurate readings if used as instructed. There are inherent risks in misusing a blood pressure monitor worn on the wrist. After all, there’s a good reason why blood pressure is monitored on our upper arms, and that’s because it’s approximately at the same level as our hearts.

This means that to get an accurate blood pressure reading from a wrist-mounted device, it needs to be held at heart level. There’s also the danger of getting higher readings from your wrist since arteries at the wrist are smaller and closer to the skin that those in your upper arm. 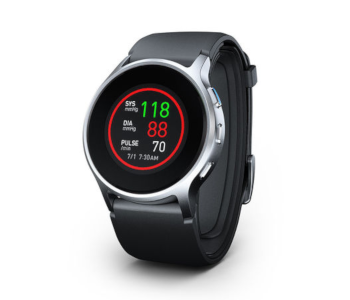 This is going to be a pretty short section as there is only one wearable device that has been cleared by the FDA as a legitimate blood pressure monitor. This is the Omron HeartGuide, which was just announced and released a few months ago. It has also been recommended by numerous physicians and pharmacists. If reliability and accuracy are important for you, then the Omron HeartGuide is your best bet.

The HeartGuide looks just like any smartwatch, with its compact design and a large transflective LCD screen. By default, the screen displays your last blood pressure reading, your current pulse rate, and the date and time. It’s not a touchscreen. Instead, three buttons on the side are used to control all of the device’s functions.

The Omron HealthGuide interfaces with a mobile app, the HeartAdvisor, to keep a record of all your readings, as well as variations in your pulse rate, number of steps you’ve taken, and the quality of your sleep. It’s not quite an overall fitness device, as it does not provide any insight or recommendations based on your results. Blood pressure monitoring is completely manual – there’s no option to have the device do it for you at specified schedules.

One thing the HealthGuide isn’t is a smartwatch alternative. First, it’s a lot bigger than the Fitbit or Apple Watch. The wrist strap also feels very bulky, mostly because it’s integrated with the inflatable cuff for blood pressure measurement. The inner surface of the strap is quite comfortable, thanks to a soft fabric lining, but it doesn’t keep the whole device from feeling too thick and bulky.

The HealthGuide can pair with your smartphone thru Bluetooth and display a notification if you receive a text or email. However, it has no provision to view these messages, so you’ll still need to whip out your phone. This defeats the purpose of a smartwatch, and that’s fine because the HealthGuide was never marketed as a smartwatch alternative.

One thing that you can’t take away from the Omron HealthGuide is that it works. It works so well that it’s the only wearable blood pressure monitor that has received the endorsement of the FDA. If you have a serious medical condition that requires you to monitor your blood pressure regularly, then do yourself a favor and invest in a device that makes regular monitoring extremely convenient for you. Just don’t expect it to be as good as other smartwatches, and you shouldn’t be disappointed. 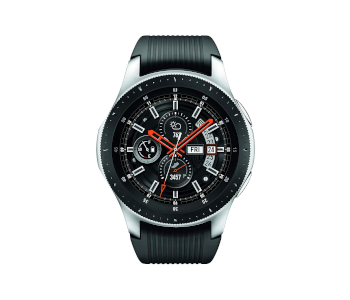 Earlier this year, Samsung announced the new Galaxy Watch Active: a fitness-oriented smartwatch. Samsung also said that it would be their smartwatch with a blood pressure monitoring feature. This is possible through the use of the new PPG sensor: an optical sensor that can measure changes in blood volume. Through some proprietary algorithm built into the My BP Lab app, this data can be processed to come up with an approximate blood pressure reading.

However, months after the release of the Galaxy Watch Active, Samsung seems to be back-pedaling on their initial PR claims and are saying that the blood monitoring ability is more of a ‘study’ rather than a ‘feature.’ There have also been reports that the My BP Lab app is only compatible with select Samsung phones, leaving owners of older phones excluded. These developments have frustrated a lot of owners of the Galaxy Watch Active who were looking forward to a stylish and all-around smartwatch that offered blood pressure monitoring.

Considering its current state, we wouldn’t hold our breath for Samsung to perfect this technology within this generation of smartwatches. The gesture is well-appreciated, but it’s certainly going to be difficult to come up with a completely new technology to read blood pressure. Should Samsung be successful, they have the potential to revolutionize the entire world of wearable fitness devices.

Wearables are the next horizon when it comes to technology development. They are easy to use, portable, and accessible. They have the potential to simplify a lot of activities that would have been more tedious and time-consuming in the past. In the case of wearable blood pressure monitors, they allow users with heart conditions to regularly monitor their blood pressure without having to inconvenience themselves the effort and stigma of using traditional blood pressure monitoring devices.

The technology is still pretty young, but we already have a solid entry in the Omron HeartGuide. In the next few years, we expect blood monitoring features to be more seamlessly integrated into devices that we will actually want to wear and use regularly.